While other teenagers got into trouble doing typical teen stuff, I somehow ended up in a small cracking crew that never got a lot of visibility..
TWC, or Toxic Waste Crew. My job was simple. Download 0-24h warez from European BBS' and upload them on American boards to build up credits. At first, I racked up crazy long distance telephone bills that I was barely able to pay with my minimum wage job, but then learned about black boxes, bridges and other fun ways of doing free long distance calls.

Fast-forward to 2015, where the nostalgia bug bit me. I purchased an old NES at a flea market and the rest was history. I then wanted a Sega Genesis (or Mega Drive for you in Europe), then the original Playstation, then the SNES, and Atari 2600... 5 years later I have 27 gaming consoles, a MAME arcade cabinet and a half dozen retro computers which include my two absolute fave, my beloved Amiga 1000 and Amiga 500.

The A1000 is pretty much stock, with the exception of having an DKB Insider II board. I plan on adding a Kickstart switcher in it and keep the rest original. The A500 however has more upgrades. It's a rev 6a board equipped with a TF536, Gotek drive and DF0/DF1 selector.

So yeah! I usually frequent the Commodore Amiga group on Facebook but hear great things about this board, so here I am! 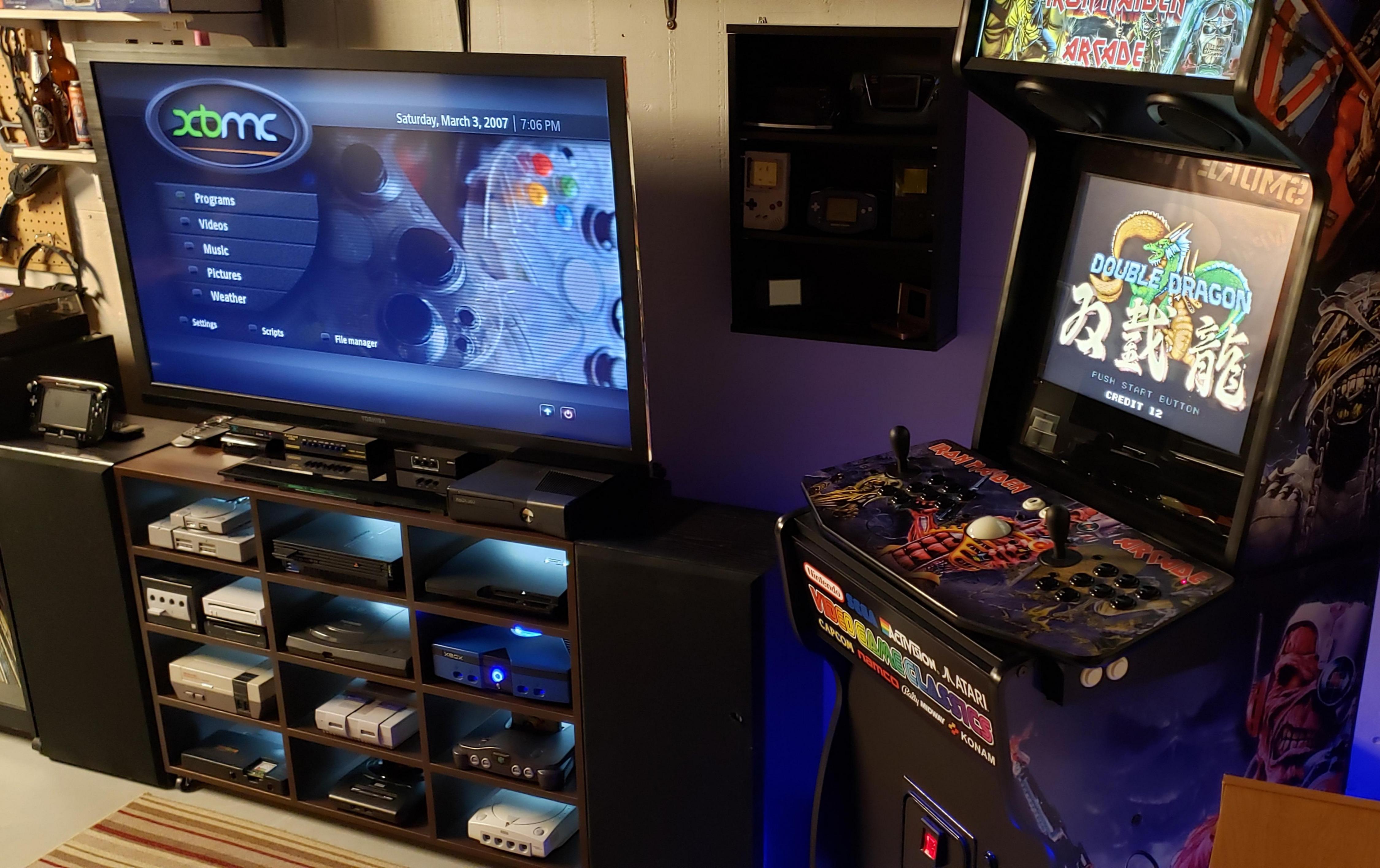 The board under the TV which neatly organises the consoles is great.
Once / if / should I ever finish my hardware projects, this would be the next stage.
Only would have three systems, though.

Got any pics of everything working?

Also love the arcade.
It’s a shame they have disappeared.
Hmmm... maybe should watch „Tron“ again some day

Welcome, Hook! Thanks for joining and showing your amazing collection. That console setup is jaw-dropping.

That arcade cabinet is one of the new ones, right? The kind that let you play almost anything? How many games does yours have?

Welcome and nice setup you have. It helps me to realize how unorganized I am.

Computer-wise, or console? Let me know what you'd like to see in action, I'll snap a pic with pleasure.


intric8 wrote: ↑
Sat Jul 11, 2020 8:05 am
Welcome, Hook! Thanks for joining and showing your amazing collection. That console setup is jaw-dropping.

That arcade cabinet is one of the new ones, right? The kind that let you play almost anything? How many games does yours have?

I built the arcade cabinet about 5 or 6 years ago. It has an Intel i5 running the Hyperspin frontend and has roughly 35,000 ROM, 90% of which are arcade ROMs. The rest are the usual NES/SNES/Sega/Turbografx ROMs. The cab itself was a flat packed kit similar to IKEA furniture. I then added the hardware and designed the artwork in Photoshop and got it printed on vinyl.

Does it play Iron Maiden on the select screen?

A panorama view of all displays showing a game running would be awesome!

I will definitely do that once I finish refurnishing my mancave... Had a rather disturbing ant problem and had to empty it and call an exterminator

I whipped up a quick intro video in Adobe Aftereffects and Adobe Premiere. I've also added the PC game Ed Hunter and a jukebox interface with Maiden's discography and videos.

I totally forgot about this! Sure thing, here you go!

Also, will be adding an A1200 to the lot this weekend. Just not sure where I'll put it, haha!
Post Reply
11 posts