What is retro to you?

Been thinking about this for quite some time.

In a nutshell for me, retro is anything old with a specific ('niche') use to it.

For the Amiga, this niche basically for me is gaming and discovering an alternative OS.

Retro to me is anything that has been superseded, such as a 33 rpm direct drive or belt drive turntable, a 1/8th inch tape recorder for stereo, like Akai or Sony, a 4 channel stereo receiver lick Pioneer, An Ansco 110 or 220 film snapshot camera, an older type computer such as an 8088 or 80286 XT/AT IBM clone, and Apple IIe, Atari 2600 or Colecovision game console, Amiga or Atari computers, Lionel or American Flyer electric trains, well you get the idea. Older games for bot Amiga Apple, or older PC computers. Slide rules, vacuum tube portable AM radios, hand cranked Victrola record players. The fact that I use some of these things currently as a hobby does not mean they are not retro. That's about all I have to contribute at the moment. Tom

Wow, I love all of your answers people! I hope you allow me to suggest something different then

To me, everything you described is what I'd consider vintage. The term 'retro' seems to be thrown about a lot, hell, even by me and in my company. But retro, to me, represents something that wants to remind you of the old, something which has the appearance, reminiscent of old, not which is genuinely old.

I support this claim entirely anecdotally, though I'm sure some design historians and/or language spoil-sports (to refrain from using ideologically based epithets) will agree. We tried pitching one of our arcade machines to a burger joint in Zagreb, which seemed like it would be the absolutely perfect place. The bar was littered with stuff which we identified as 'old timey', or, you, as we did, might call it retro. It even had an arcade which we knew was not working, so we thought, why not offer one to him that will definitely work. But the owner was adamant that he explicitly wanted the original (I do believe they were Space Invaders) fixed. We then realized, the stuff around the bar wasn't 'old timey', it was old. Vintage, if you will.

'Semantics', you might say. I just thought it was interesting because it took me by surprise.

So, with that in mind, I'd consider Analogue SN machines, for example, retro. Also, like someone already said, turntables.

Am I weird that I don't really like the term retro as it applies to tech? I prefer Classic, but yeah, semantics, I know. So to me classics are those great systems that we used many years ago. They don't really change they just become classic. But since I still own and use a lot of my classic gear (C64/Amiga/Macs/PCs I built 20+ years ago + my original Genesis, SegaCD, SNES, TurboDuo, PS1,PS2) they are classics to me but only in the sense they are outdated by todays standards. But they are still my stuff that I use.

Some things I just don't think of in any terms. For instance my P3 Voodoo5 PC I built 20 years ago has always been setup on my desk. I don't use it daily but it is there and I do use it frequently. Same goes for my PS2, it has been plugged into my setup since it was new and I use it frequently. The Monitors and TVs that I plug them into has changed though. My PC used to be hooked up to a 17inch Sony Monitor, which I still have. Now it is plugged into a LCD for space considerations. I don't use this system for DOS games so it is fine for the games and apps it runs. I have a 486 for the DOS stuff and that does use my Sony.

With HD televisions, if you don't have digital cable then you actually are better off using a CRT in terms of quality.

Here's what I do. I have an HD TV (for Seahawks games, and the rare TV show I actually want to watch, and PBS) in one room. But no cable. It has a Roku and Apple TV, but that's besides the point. The US Government required all local stations to output HD signals a few years ago. So, if you go buy a cheap antennae, you can pick up HD local TV - entirely for free. I pay for internet, but not for TV. I get that over the air. And the picture, Shot, is amazing. It's nearly 3-dimensional looking. If you have an antennae on top of your house that you can jack into, you're freaking super lucky.

Same here. I only pay for internet. I learned long ago that the quality of HD digital cable is hit and miss in my area. There are a lot of compression artifacts and they constantly switch from HD to scaled content that looks terrible. Over the air HD is much better but I prefer Blu-Ray and Blu-Ray 4k to get the most out of my HD television. (In addition to the PS4 and XBONE)

I have an HD TV connected to an antenna, and yeah, when it gets an HD signal, it's wonderful. I should clarify the original statement though, its been awhile since I looked at the stats, but last I recall the slight majority of American's had cable/satellite. Of those, the vast majority use standard 480p output, most people do not have HD digital cable or satellite. If this is your setup, which it is for most people, then you're better off using a 36 inch CRT than you are with an HD TV. This is why my main television is still a large CRT connected to DirectTV satellite. I like having more than over the air channels, but I'm not willing to pay for HD signals.

My HD TV is setup in a room with a couple CRTs, and even with over the air broadcasting, not everything is in HD, normally only the main channels actually are. Fox/NBC/ABC/CBS, and that's just the main channel of those, their secondary channels are often still in 480p signals, and absolutely look better on my CRT. Sometimes I put them both on and compare, even sitting far away on the couch, you can tell the HD TV is lacking in quality with those signals, and oh God if you dare step up close to thing...

But even with a box on the CRTs, they still look damn good next to an HDTV with an HD signal. An HDTV looks better than a CRT if the HDTV has an HD signal, but the CRT never looks bad. The HDTV, on the other hand, absolutely looks awful with a lesser resolution. Even a VHS tape on a CRT, if recorded in SP mode, still looks damn good on a CRT.

It is funny but I don't consider the Amiga to be a retro computer, because it was the first truly modern computer with all of our now familiar multitasking paradigms.

I still have retro-lust for it, because I had one and loved it, but my rational brain does not classify it as retro.

A Commodore 128, released the same year, certainly classifies as retro, as it adheres to almost none of the modern principles of operation. Even the keyboard layout is retro-unique.

Surprised nobody brought up cars yet. PT Cruiser is retro. 2005 (and newer) Mustang is retro. 2009 to present Camaro is retro. 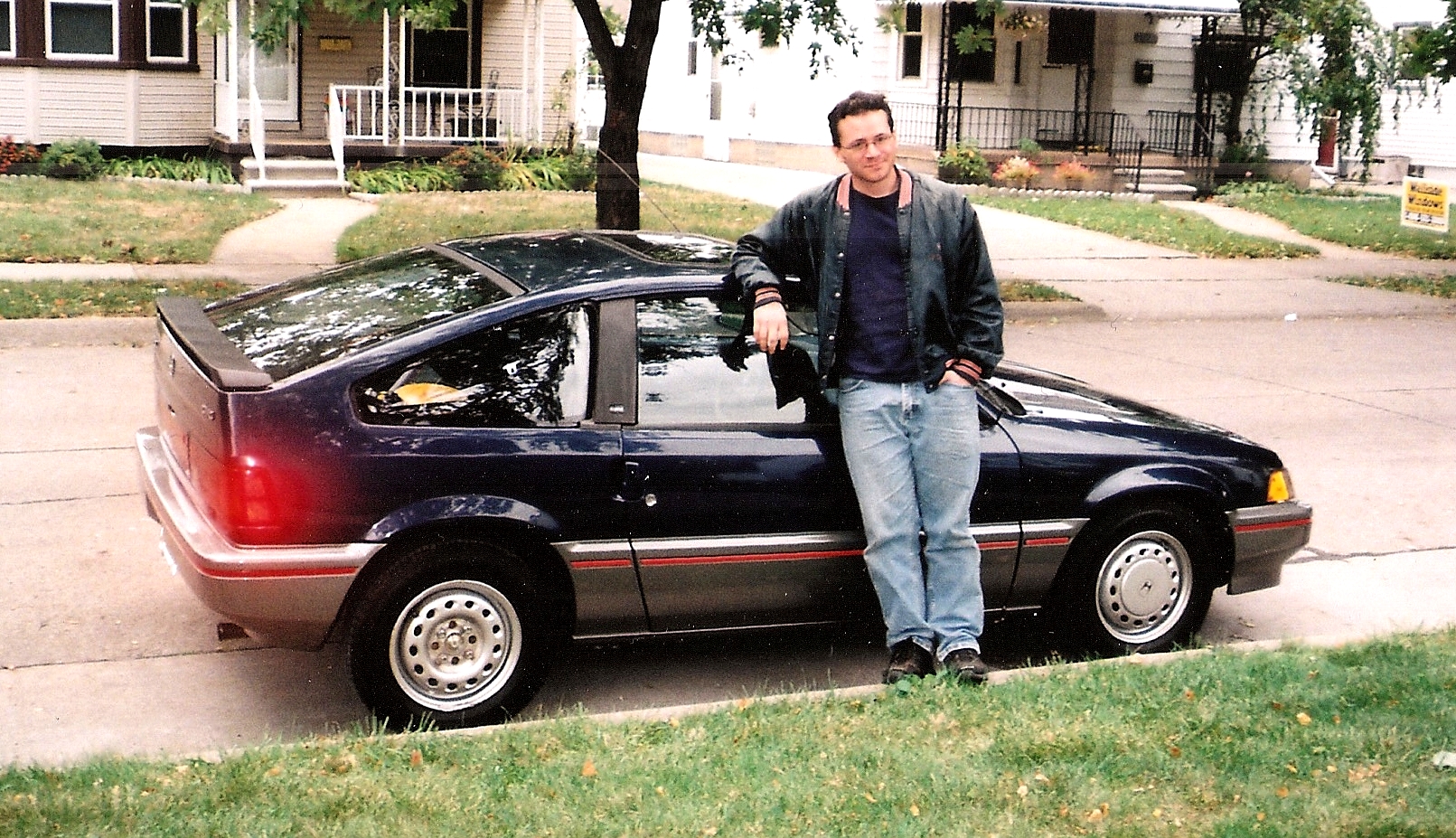 Bet you'd like to have that sweet MPG today.