If it comes out for the Amiga I may be in the market for it. Soooo muchhh funnnnnn..... ahhhhhhhhhhh! I have very few demands... I just want it to work on all Amiga's; Love for the originals! 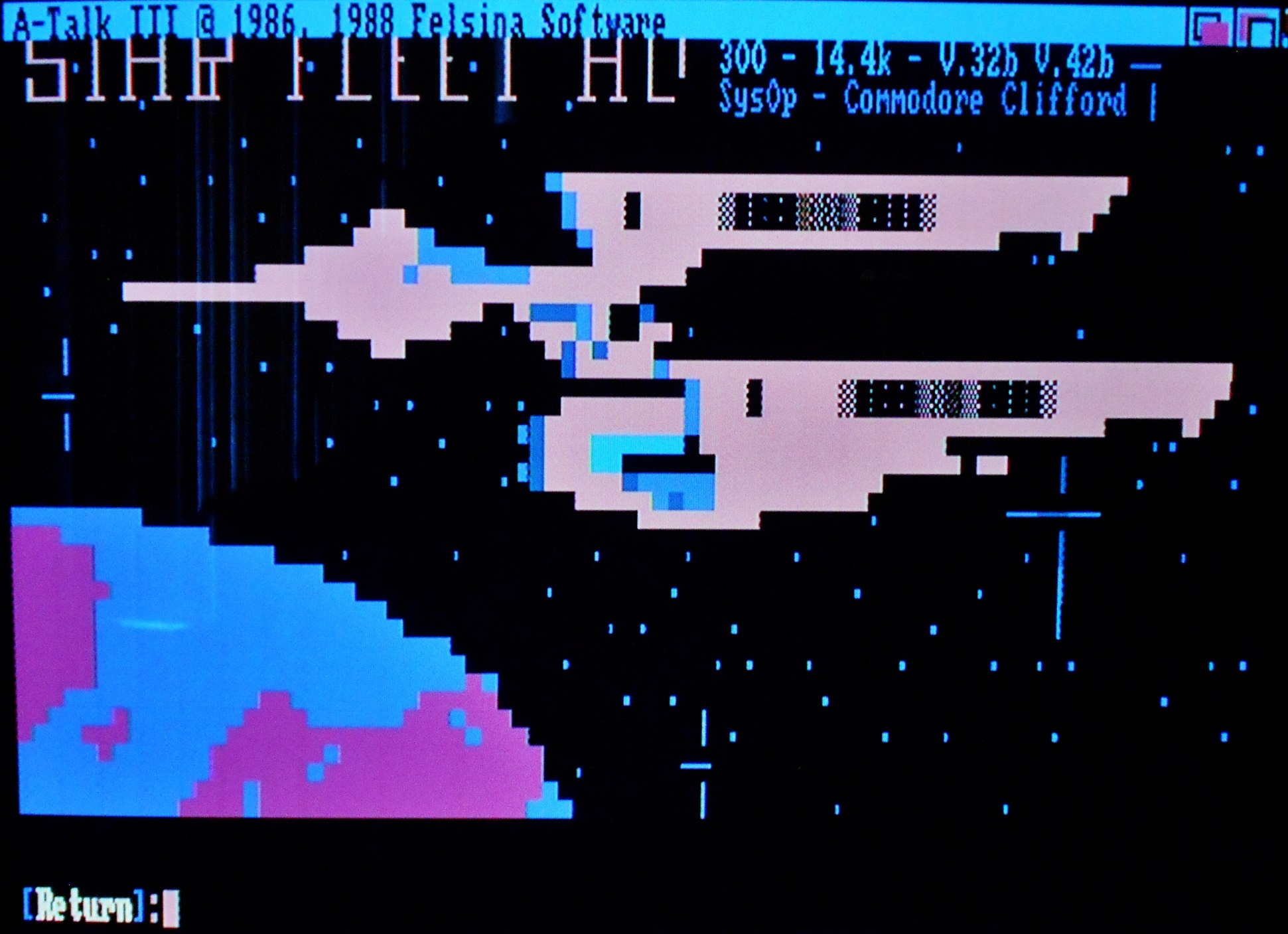 Some of the PETSCII art out there is hilarious (and by hilarious I mean truly awesome).

Not sure anything can beat those pixel nipples from Uninvited; but they can try!

Good thread. I am very much looking forward to the Amiga Version of the WiModem. Great device and I would put it in the must own category for all Commodore 64/Amiga users.

I just came across Amigalove today and thought I'd post a picture of my C64 Breadbin surfing the BBS scene, as a child of the 80's it's so cool to be able to do what I used to love so much back in the day again - But at 9600 baud as opposed to 300 baud. 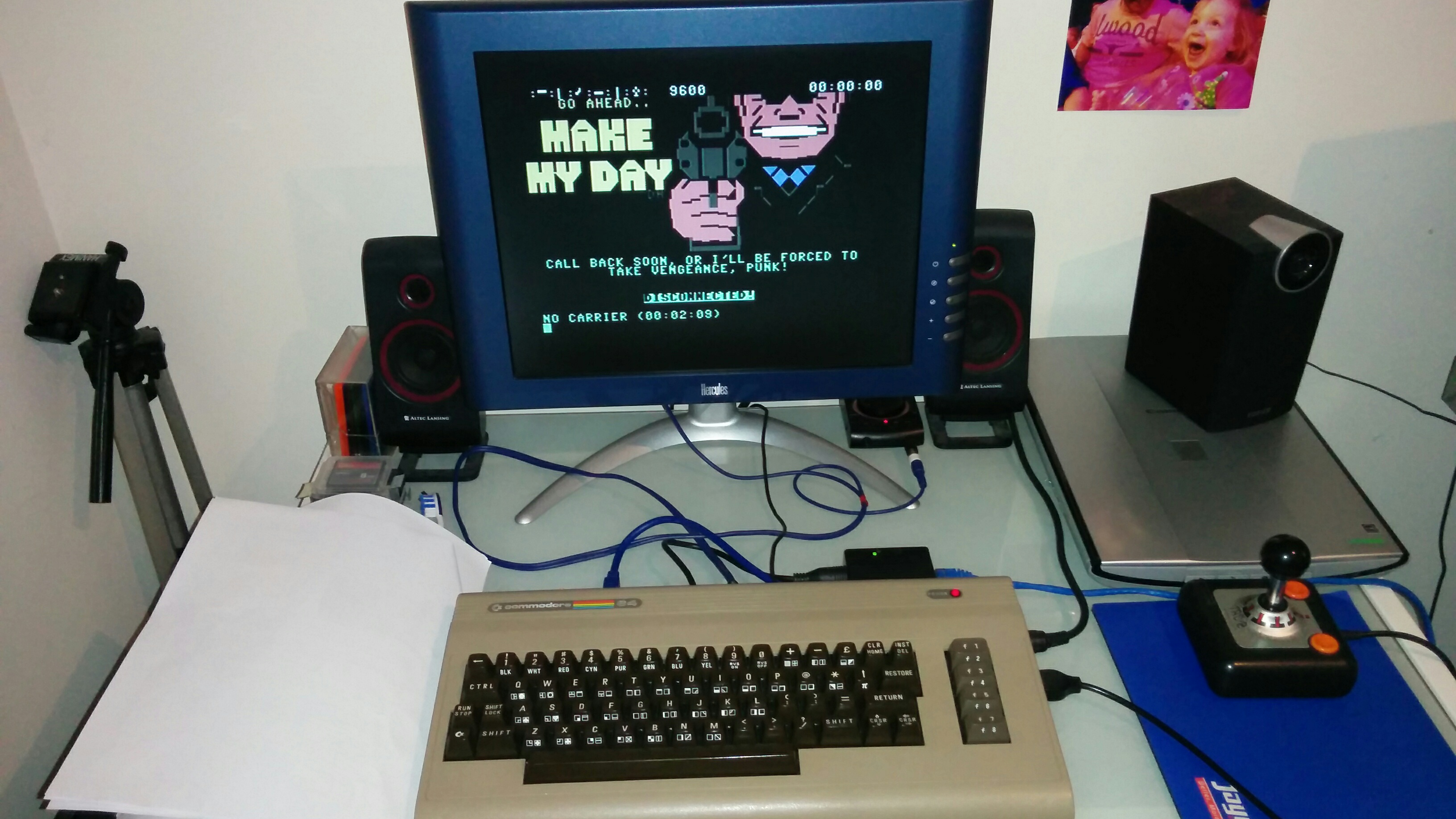 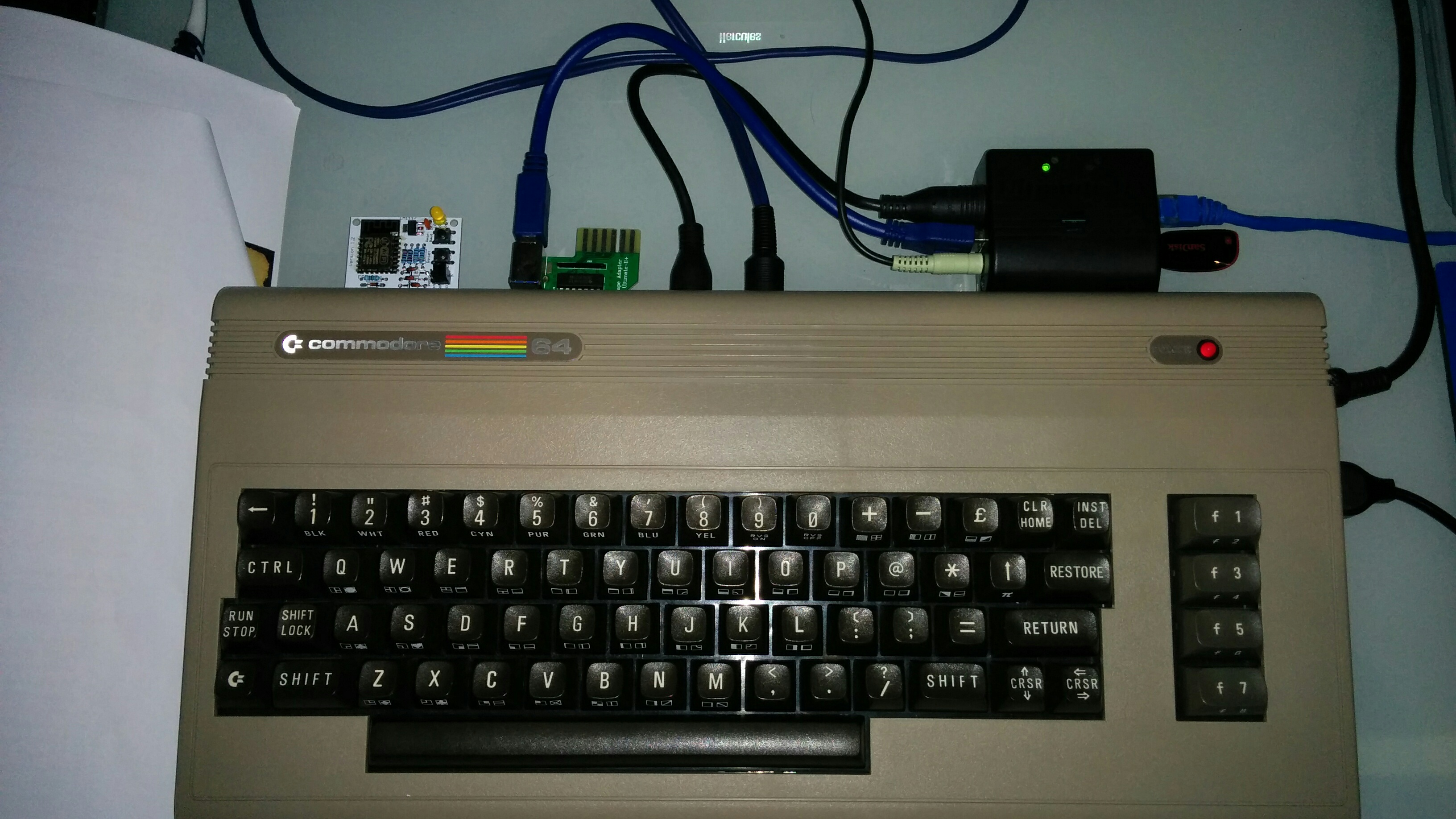 I've also got a shortage of deskspace!

I've also got a shortage of deskspace!

LOL! Tell me about it. I think we're all in the same boat here.

That's a rad setup, actually quite similar to my own. Thanks for posting, and welcome to the site!

The only issue I have is that I use Striketern 2014 as my terminal software of choice and can't for the life of me figure out how to download software using Punter. If I switch to Xmodem the software crashes, if I use punter the download fails.

I'll work it out, it's just a matter of finding the time to sit down and have a play with it.

I know Striketerm is a very popular option for some. Are you on Twitter? I know that's @duhproject's terminal of choice.

Personally I use CCGMS v 2.0 Elite, and it's bare-bones simple. But I think Striketerm is more the rPi option that seems pretty popular.

If you're on Twitter, tho, I'd ping duhproject (Eric Nelson). He's super cool and helpful.

I've been using JimDrew's simply fantastic WiModem w/OLED display to feed my insatiable BBS appetite for several months now. I can't recommend it more highly for those that want a simple plug-and-play device that just works. At least, that's been my experience.

The Schema modem which inspired the original post of this thread is good, but mine (at least on my network) was harder to hook up by quite a bit compared to JimDrew's (Jim's took, like, a couple minutes). And, once set, the Schema was often a bit flaky, too, just keeping its baud steady or overall lack of connecting to things like you'd expect. JimDrew's product also has the ability to update its firmware over-the-air - no USB cables, extra computer, etc. Just turn it on, and tell it do it's thing. Boom! Really nice and easy.

In any case, aesthetically the thing looks a bit like, well, a hunk of interesting techno stuff hanging out of the back of your C64. So, I went and got another 3D printed case from the excellent folks at corei64. I made sure to not get the option with the WiFi symbol, as I made that mistake before and it's incredibly hard to sand around it.

Personally, I can't stand the way most 3D printed plastic pieces look. You get this rough, layered look due to the very nature of how the pieces are printed (a bit like a topographical map).

I started sanding the 3D enclosure. You can still see a lot of the lines.

I kept sanding. After a while, most of the flat surfaces were looking pretty good.

I still had some lines, but was feeling a bit lazy about it this time. I didn't go the extra mile and use putty to fill in the gaps.

I then used the same camo paint I used last time, and a clear coat. The final product looks pretty decent as you'd expect.

In the right lighting and some paint and a clear coat, almost anything can look good. :)

I've attached a couple of pics with the finished product. I could have spent more time on it to look perfect, but I think this'll do for now. What do you think?

I really need to straighten up my desk so these shots aren't so embarrassing. But you're supposed to be focusing on the little modem anyway. ;) It's footprint is much smaller than the Schema. It also can't ever support being a BBS that receives calls - it can only make calls. But that's really all I want to do right now anyway. I mean, if you want to run a BBS, you better learn to code IMO.

I'm considering getting the WiModem and modding a Commodore 64 modem case to put it in. Do you see any downsides to that?

I may also rig up some kind of angled user port extender so that the OLED screen can be viewed without bending over the computer.

What about getting the non-OLED version? Is it really worth the extra $10?