I ran across a post today about our very own McTrinsic and his mind crushingly bonkers Amiga 1000 Phoenix machine. He sent it to Retrohax for a deep dive into the machine to try and work out "some instability issues". (Don't they all?)

There's so much to unpack here I don't even know where to start. But from what I read, as usual, the Phoenix won and held onto her some of her secrets. But the effort and investment poured into this machine is a fascinating read. The amount of hardware upgrades being pushed into this thing... it's just simply incredible.

McTrinsic, what is that Amiga2000 inspired motherboard at the end of the post?

the story is longer than it seems. Bottom line: the Phoenix board was o.k.
There was one bigger issue. Plus, two flaws were bugging me.

First, the machine would randomly stop booting. It just wouldn’t start. I eventually knew where to wiggle a certain connector and then it would work.

Second, Ethernet was unreliable. After some MB it would freeze. Which was annoying. Amiga Explorer would refuse to work via Ethetnet.

That was tolerable until the internal floppy broke and wasn’t working any more.

Once the machine had to be opened anyways Drygol (from retrohax) and I were like ‚WTF‘ and were going to max out the machine.

We will now push our new project. Could be that it ends up more impressive than even the Phoenix. Let’s see.

I can imagine putting the Phoenix back together after that and see if maybe we can do something about some of the issues from above. The floppy at least works again

.
So if the booting issues can be resolved I think I could live with an unstable Ethernet, for example.

thinking about the graphic card issues with the other board that made it not show up... something tickles my memory related to the GBA1K board, and about auto config passthrough. considering GBA1K was shall we say very phoenix inspired and was a bunch of phoenix expansions originally.. I know using the zorro slot on GBA1K had auto config repercussions, I just wonder if its similar on the phoenix board...

rather not. The GBA, as I recall all the discussions back then, was more of an A2000 integrated with some expansions that were developed one by one on the basis of a Phoenix.

Like, Georg did first develop an IDE controller based on an available design and expanded his phoenix with it. The a flicker fixer, then an accelerator, and so on. Ultimately, he combined them to his GBA. Talked to him once. Great guy. Having a buster chip, the design is closer to an A2000 I would say. Just imagine an A2000 where you don’t insert some Zorro-cards but integrate them in the PCB.

And to clarify the 200/2000 story of the Phoenix boards.
200 were crowdfunded years before crowdfunding was invented. It was simply called pre-paid / pre-funded back then

(or something similar).
After the first 200 received their boards, 2000 more were produced and sold.

After the first 200 received their boards, 2000 more were produced and sold.

I have one and you have one. Only other places I've seen it mentioned is with the small, passionate folks over on A1K.org. And I know a handful of folks in Australia have some, too, as that's the birthplace.

The Phoenix really was aptly named. Incredibly rare, rising from the ashes and now left to but a few. To everyone else they are almost mythological. I wonder how Andrew Wilson is doing these days...

(or something similar).
After the first 200 received their boards, 2000 more were produced and sold.

as an Australian I remember it well. I know they really really struggled with the initial run. commodore wouldnt provide them with any chips. the project was over a year late, i think middle of 91 from memory.. I could see it being closer to 200 than 2000.. but I dont know any source for sales numbers. I know they struggled with stability + compatibility and I remember hearing they had quite a few returns. Andrew is still around, someone should probably ask him 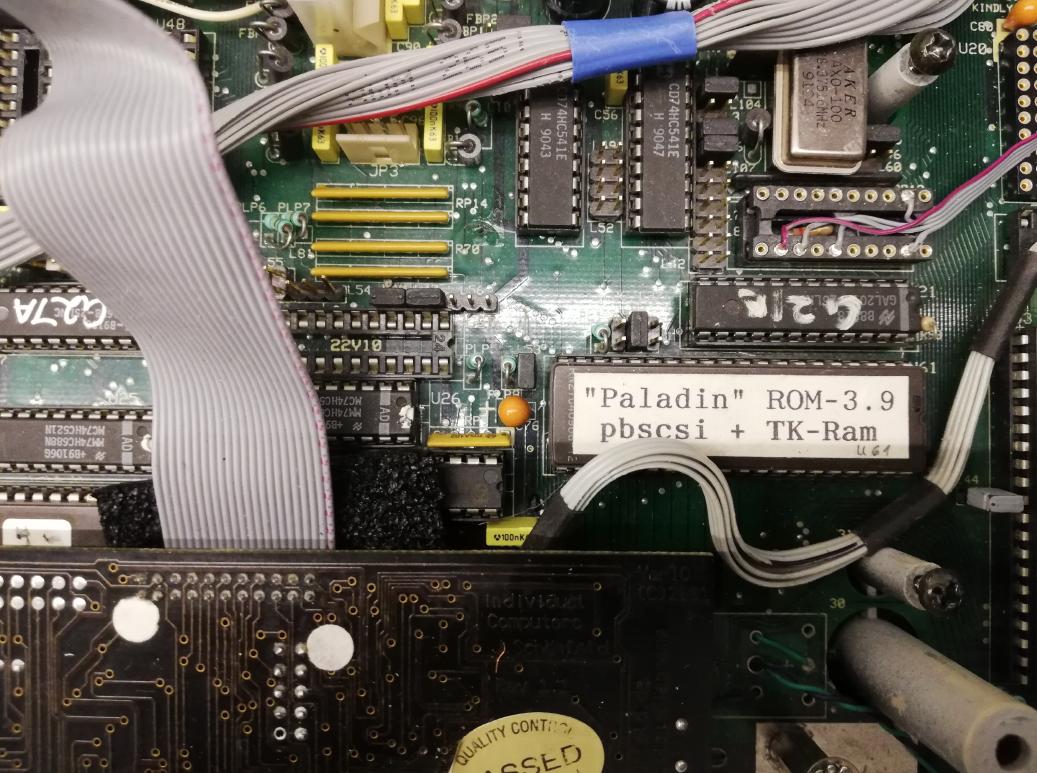 ^^^ I noticed this photo in Drygol's blog. Is that black foam being used at all times? Most black electronics foam is conductive by design to protect the IC that is embedded in it for shipping (it lets charges pass through the foam completely and bypass the IC). It may not be a good idea to have something conductive between that card and the motherboard.

IIRC that foam was for / during testing.

What a fantastic read! thanks for sharing that!
Post Reply
9 posts • Page 1 of 1