One of my favourite platformer games on Amiga, even tho not many people like it.

Published by Ocean and developed by Nirvana Systems (which was their only game as far as I know, quick check on Mobygames seems to confirm it).

I sooo remember the awesome intro music when you boot this game up, it was done by Mat Canon who worked on a lot of stuff back then for music and effects (Navy Seals, Robocop 2, Batman, F29 Retaliator, Nightbreed, Hook, among others).

It was headed up by Colin Gordon who was the programmer on the Spectrum version of Mario Brothers and the Amiga version of New Zealand Story. So neat to go down the rabbit hole and see all the connections.

So, its a flip screen platformer that is a giant fetch quest. Find the bird seed, give it to the bird who gives you something to give to someone else and so on. Eventually you fetch something that unlocks the door to the end of level. This game play loop does not alter throught the entire game.

Enemies are a constant pain, they spawn off screen all the time, which is good and bad, bad because constant stream of enemies, but good because they drop health hearts so unless you make some boneheaded moves, your health will always be topped up, and you need it because you cant avoid a lot of damage, which is usually always minor, so its nice that the designers acknowledged this and made it part of the game play loop.

Each level is long, and gated in a couple of parts which leads to a level boss.

I do feel the levels are either too long, or the gameplay needed to be sped up a fraction, so in that sense the games feel like it overstays its welcome.

There are two copy protections if I remember, disk and manual, so your better off running the WHDLoad version if you have enough ram.


Oooh look a shrink wrapped copy I've had for quite some time. 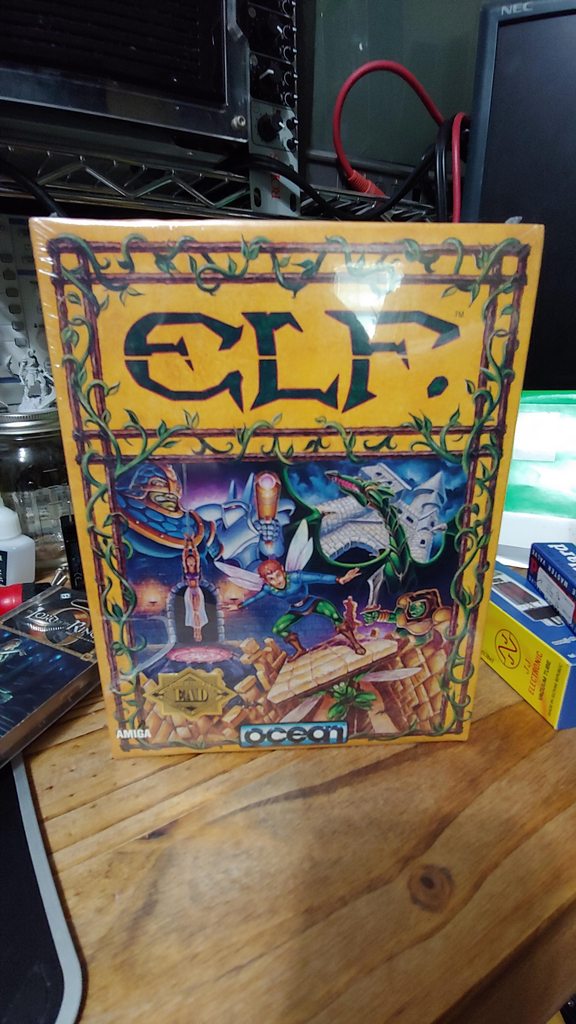 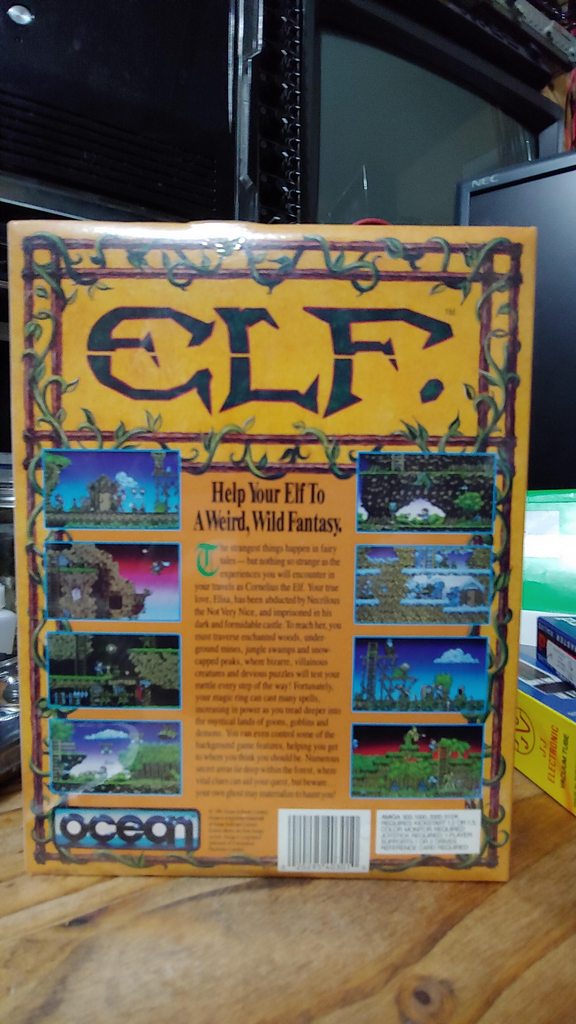 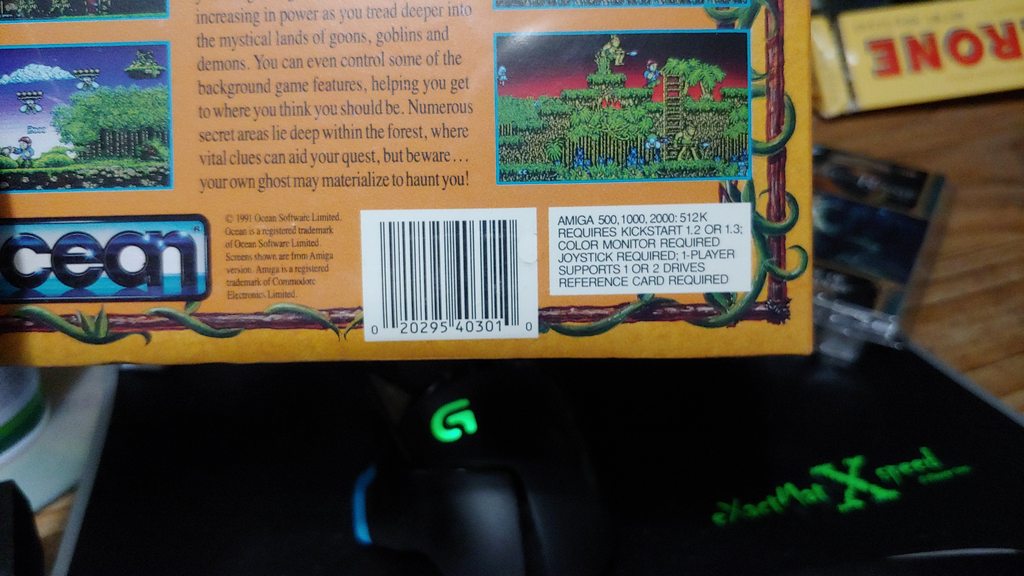 Uh-Oh! The shrink magically fell off... along with the slipcase, revealing this gorgeous OCEAN inner box. 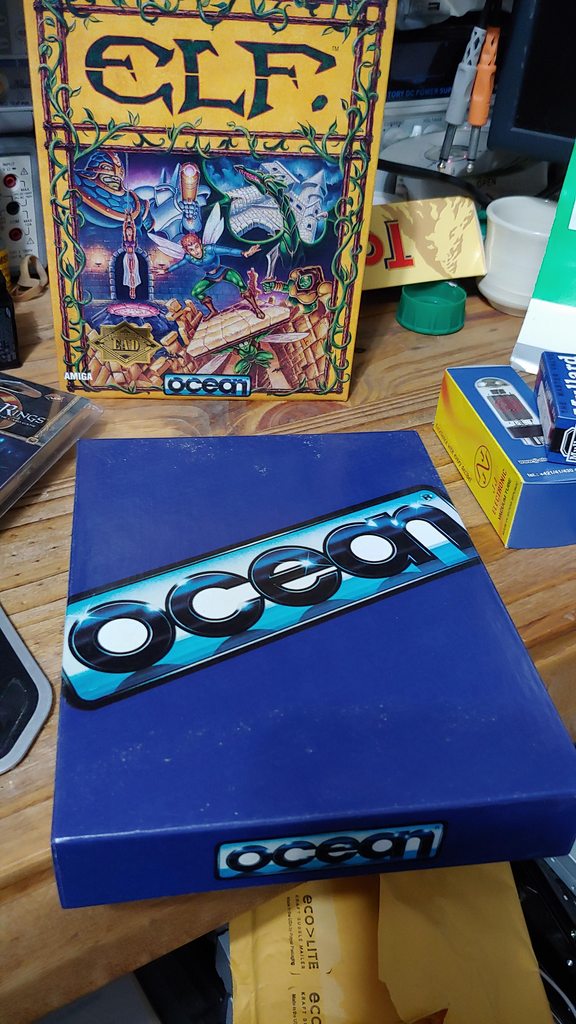 Inside are two disks 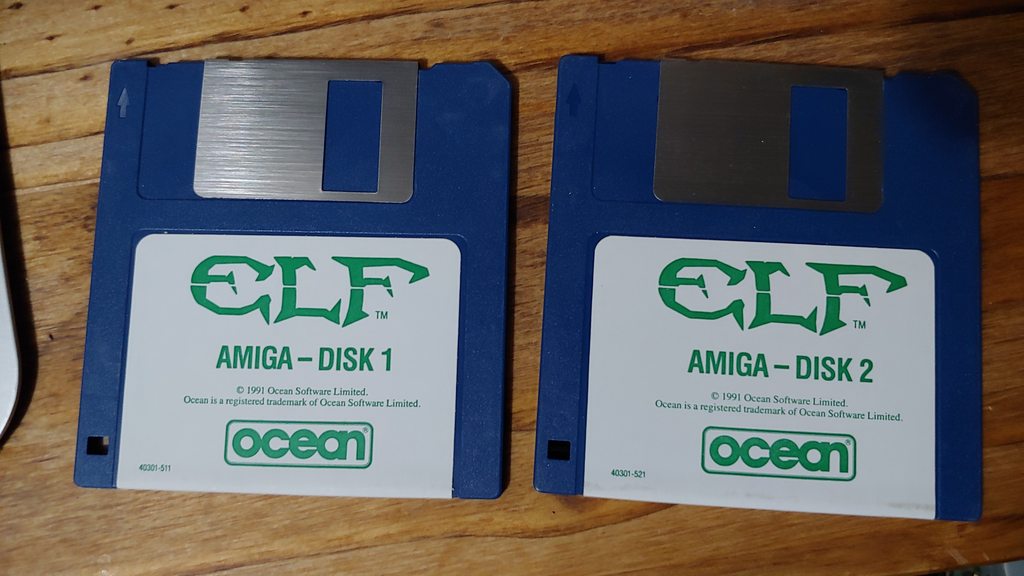 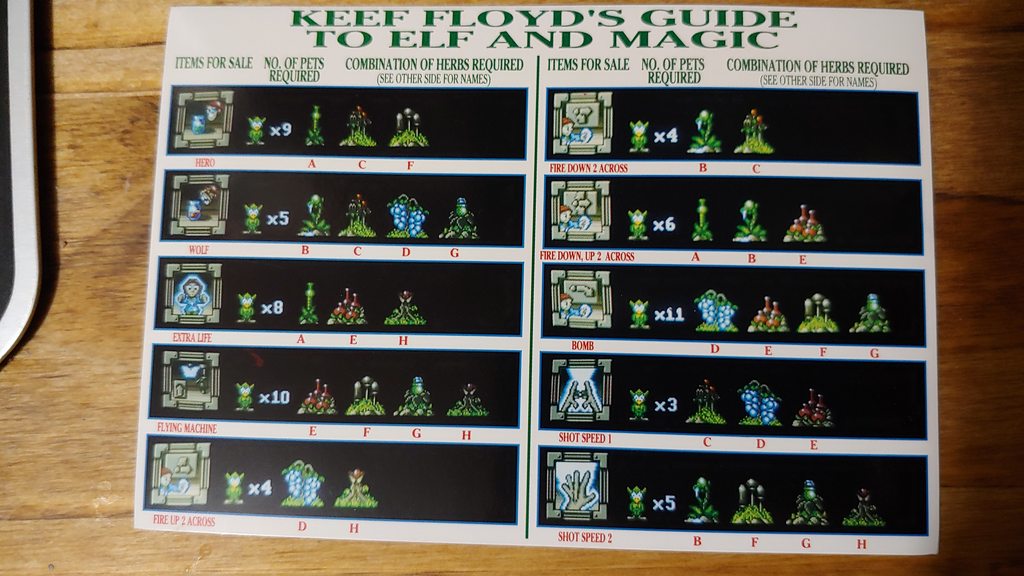 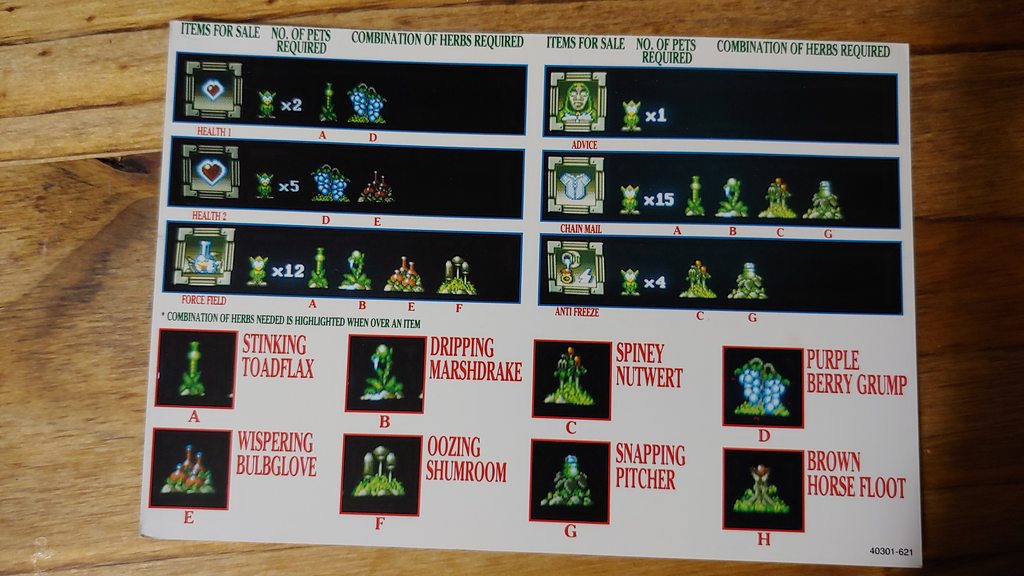 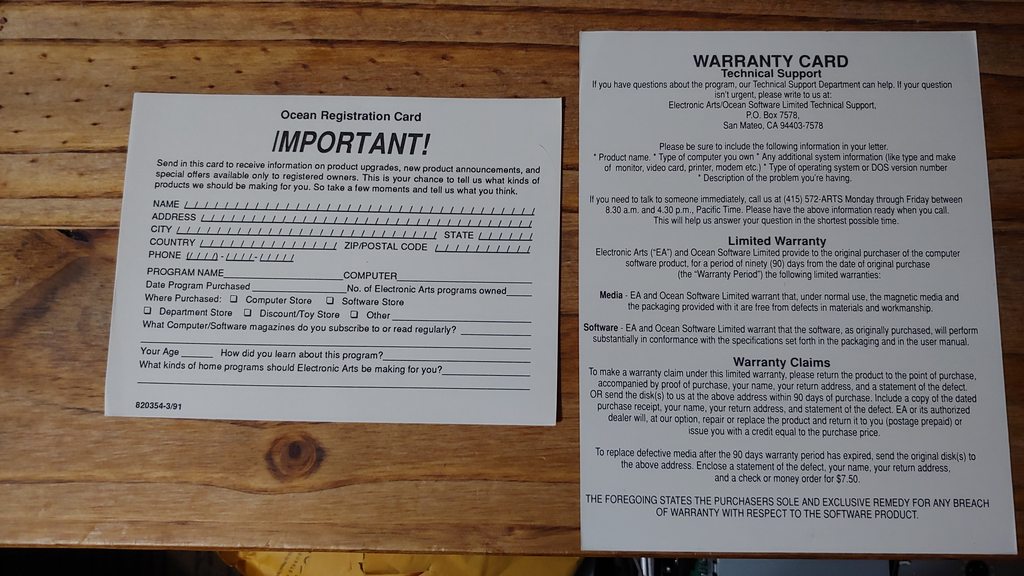 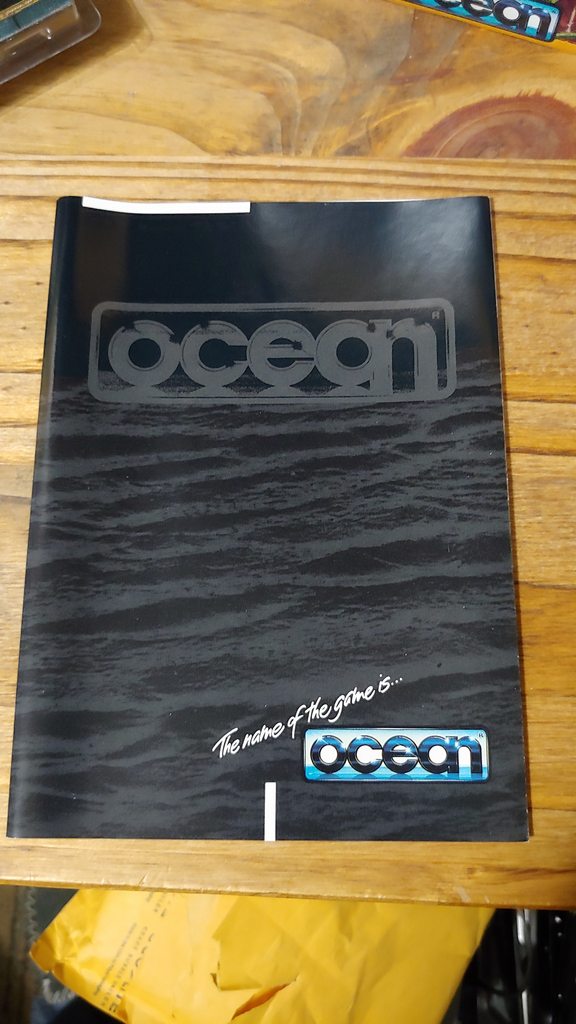 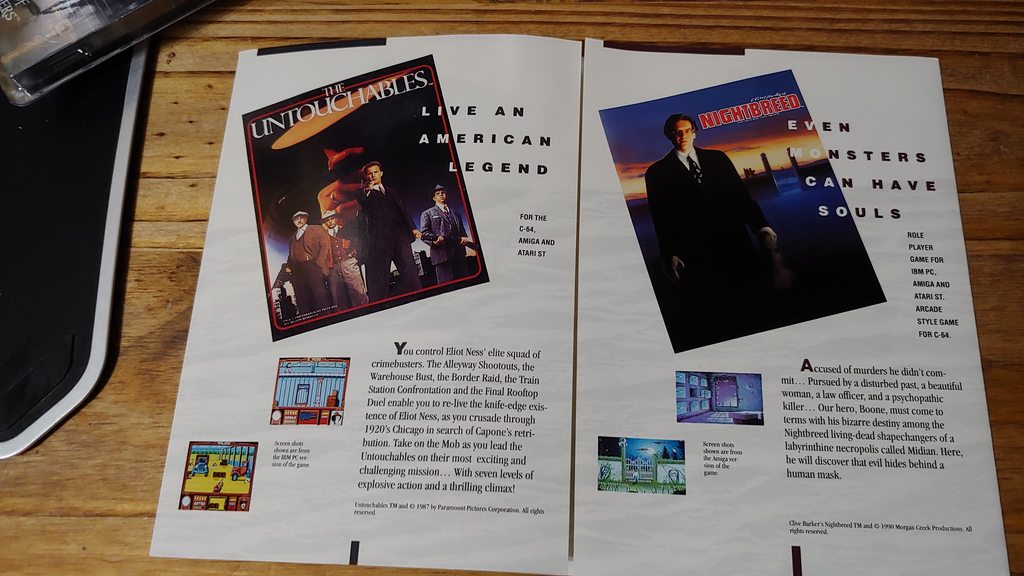 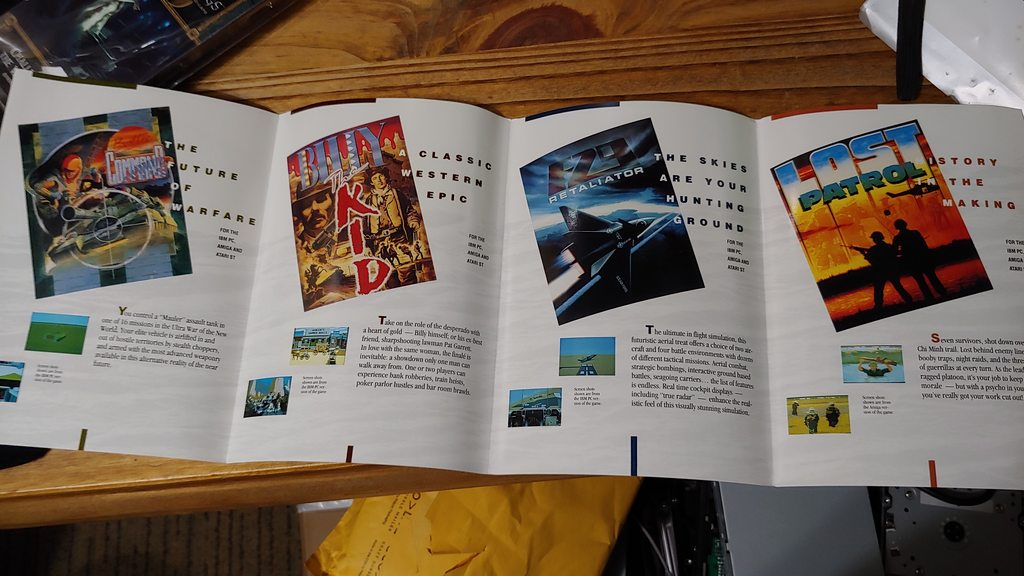 And a manual thatI roughly took pics of for everyone; 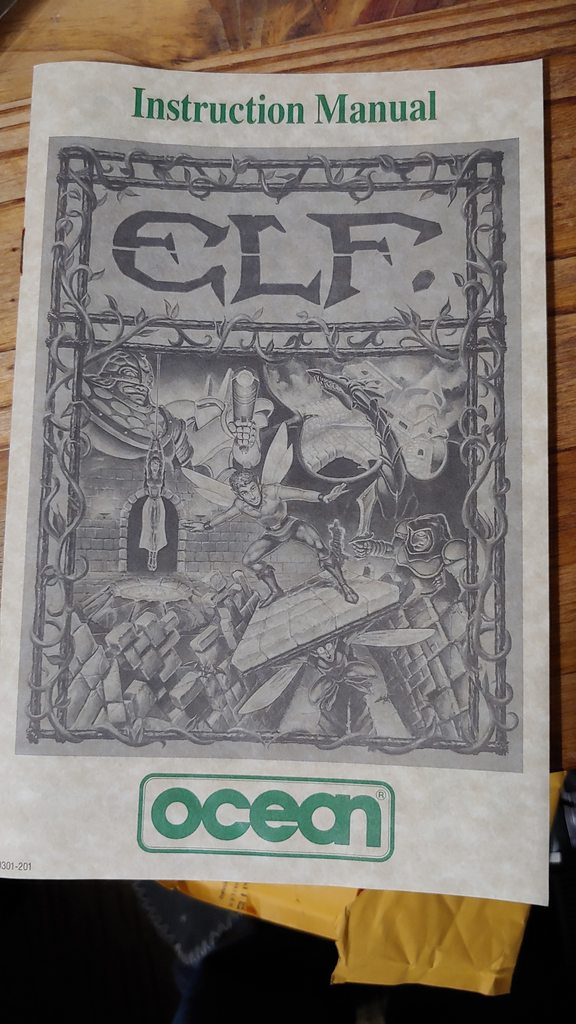 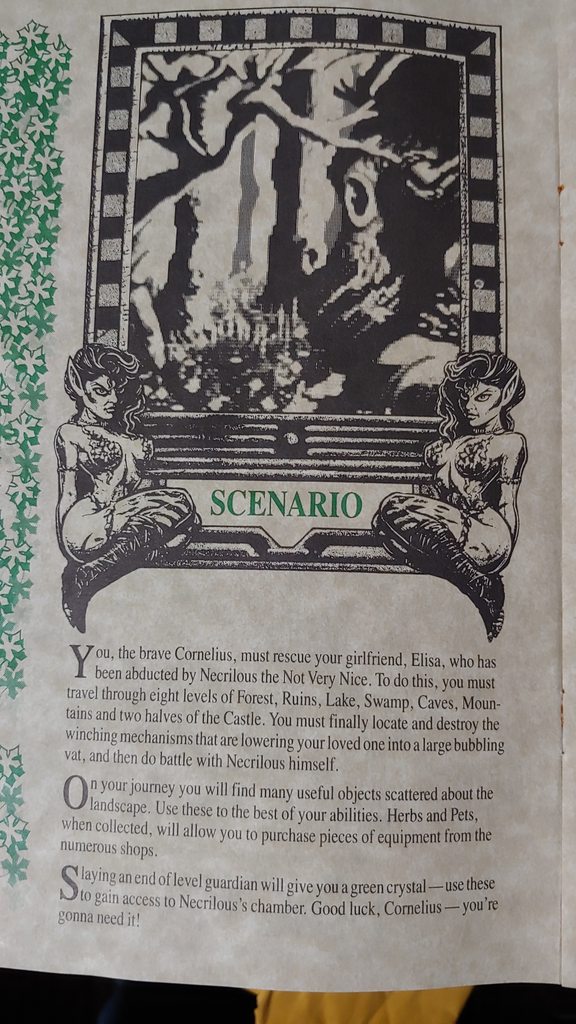 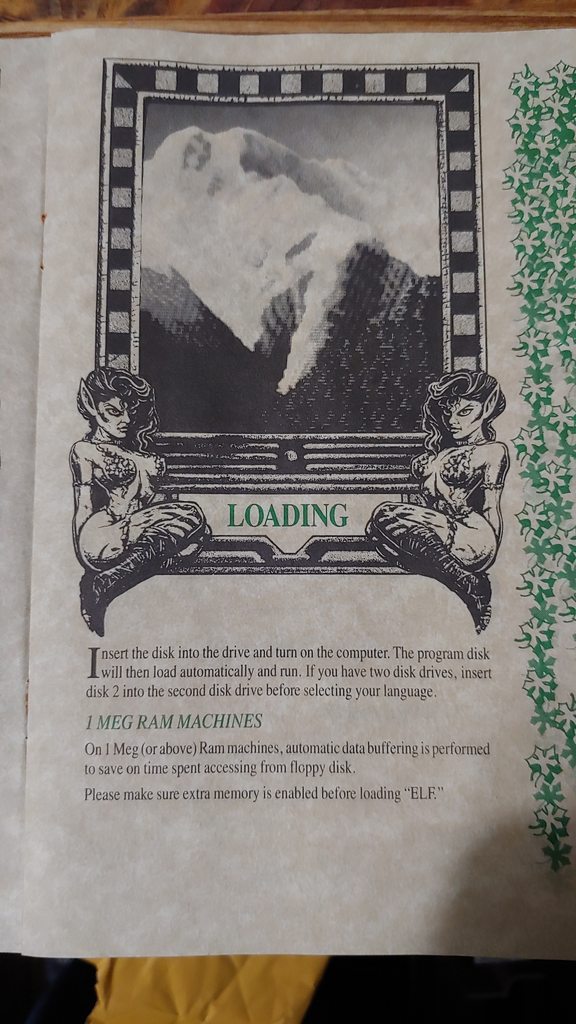 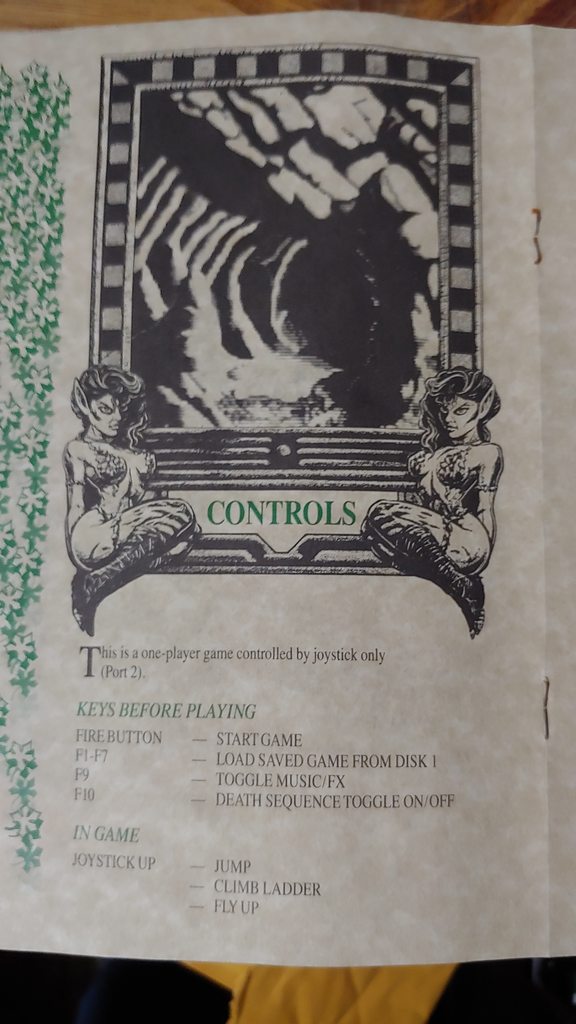 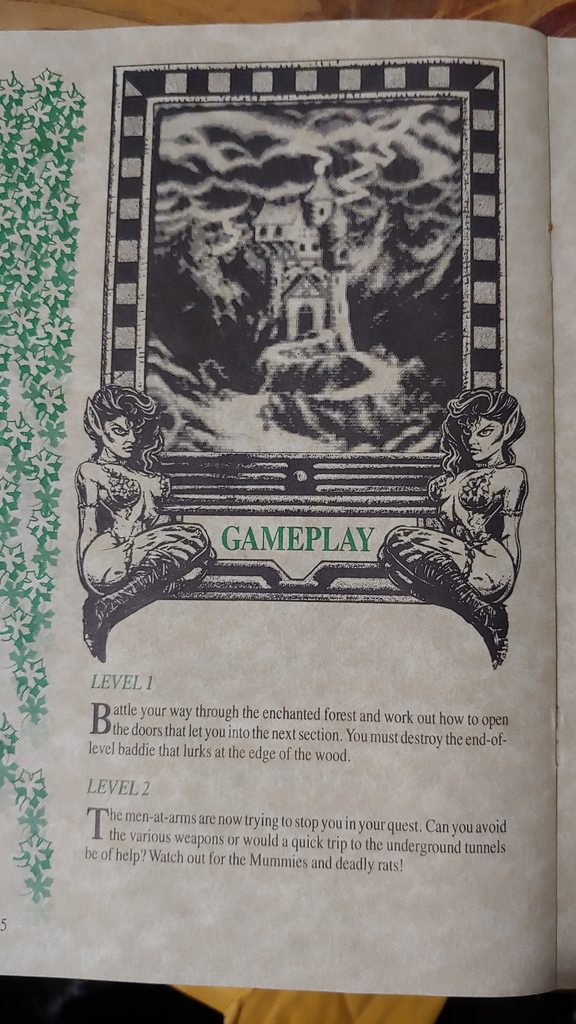 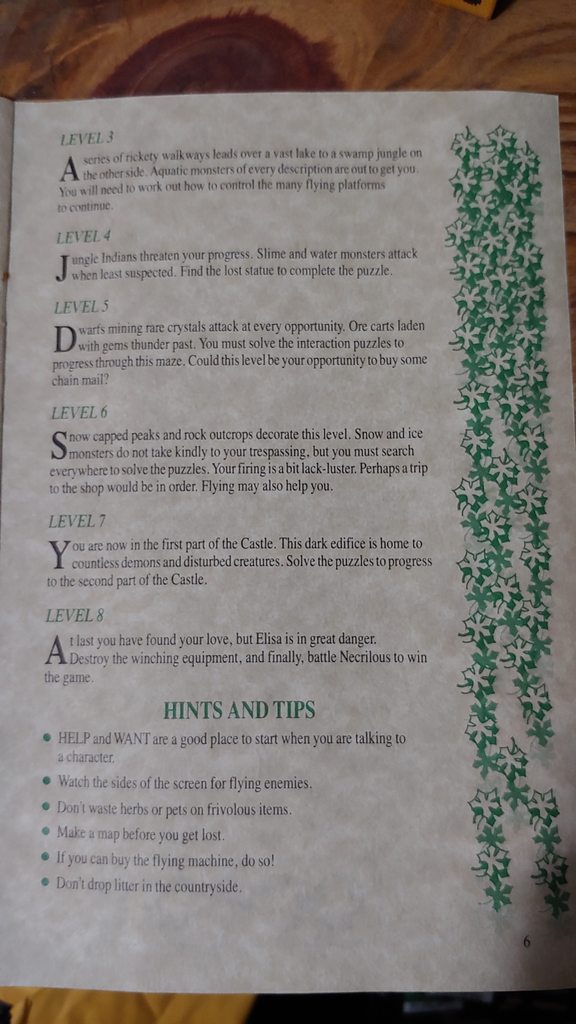 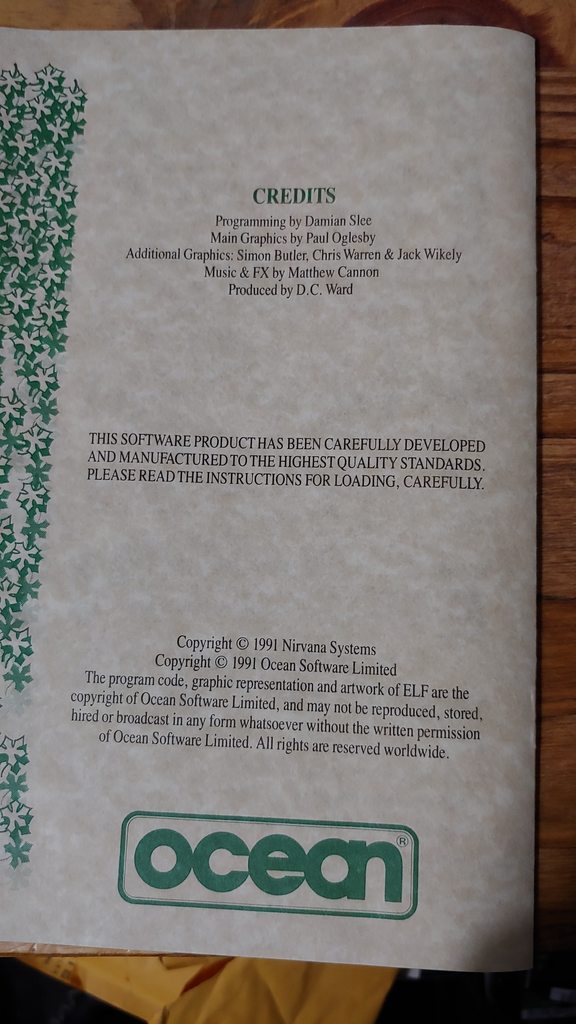 I'm not familiar with that game, but is there anything quite as sweet as opening up a shrink-wrapped boxed version of a game you have fond memories of? It's a pretty posh feeling indeed.

Very cool packaging - thanks for sharing those pics!

Elf was one of those “friends house” games that I didn’t own but a best friend did, and watching him play it was really intriguing, but I absolutely sucked at it.

Looking up Elf footage my memory had totally mushed it together with Flimbo’s quest, too.. which I did have.. but also sucked at that too.

What a nice package though, I miss proper game manuals.
Post Reply
3 posts • Page 1 of 1