by intric8
Once I made it to the C64 in the mid-80s, I always used either the Suncom TAC-2 or Wico Command Control Joystick (baseball bat style) on my 8-bit and 16-bit machines. My whole life.

And the TAC-2 is just so damned comfortable. The ball-topped joystick really makes you feel like you're back in the arcade sometimes. It uses a very unique mechanism that I've not ever seen with other joysticks, either. It's extremely durable and accurate, and accommodates both lefties and righties. The Command Stick is great because sometimes it can offer a more sensitive button accuracy that is hard to beat. So I alternate between the two sticks depending on the game I’m playing. I can typically determine which one I’ll want within the first few seconds of playing a game. But that doesn't mean I'm not open to new experiences even with my old hardware. Especially if it is a game I've never played before.

Shot97 asked me about my preferred sticks a month or two ago around the time he was publishing a video review for Epyx Winter Games for Amiga - a game I absolutely adored on the C64. That’s when I first became aware of the Ergostick by Wico - his personal favorite especially for action/arcade games.

I’d never seen nor even heard of the Ergostick before. Wico is the same company that makes the Command stick, obviously, but I personally had never seen this smooth little river pebble before.

But having worked in two arcades in a past life (and having to repair buttons, joysticks and other fun bits of arcade cabinet games and pinball machines) I got to know micro-switches fairly well. Neither of my joysticks use them. It wasn’t unheard of for microswitches to go bad in one direction, but they were also easily replaceable. They also afforded a very solid response and were highly accurate.

So, I put my feelers out there to see what I might find. Nada. Zilch. The Ergostick, which I saw in the video, seemed to be pretty rare for whatever reason.

But then last week two popped up from a seller, and both were boxed, NOS and unused. (!!) I threw my hat into the ring and actually snagged one of them. My guess now is it had to do with the original cost back in the 1980s.

I got my hands on a NOS boxed Ergostick. The original price is still on the box: $24.95. That's about $50 in today's US economy. That's quite a bit of coin for a joystick that, back in the day, was competing in the marketplace against Atari knock-offs and whatnot.

The box is totally trashed, but it is apparent that the joystick is indeed NOS and has never been used. I’ve not used it yet but look forward to testing it out in the near future. It’ll be cool to now have a 3rd very solid option. And based on what I’ve seen and read, it may push my Command Stick down a notch. I’ve got a huge place in my heart for the TAC-2, but she could certainly use a little company.

Supposedly there were over 300 different joystick designs created in the 1980s. So that begs the question: what's your favorite joystick for your 8-bit and 16-bit machines? And I mean non-gamepad, vertical stick joysticks. If you say the Atari 2600 joystick, as iconic the design is, you'll still be shamed and banished.

by Shot97
Great to see it fresh in box, although I can't say this box stuck with me like some game boxes did. We had a couple for the Amiga, the other joystick was made by Epyx, red/black design, I've seen it a lot when searching for C64/Amiga joysticks. It was also microswitched but I remember it never felt quite as good as this one here.

While the joystick itself has always stuck with me, I can't really say I ever "heard" of it either. You got to research my research, and you've got that cool box now, but the joystick itself makes no mention of the model. It just said Wico. I even took it apart and there was nothing on the inside either. I literally typed in Wico Joystick and started looking down pages and pages of google images until I found an Ebay listing calling it the Ergostick, further research at that point made me believe it was the correct name.

Ah, dad... While we were by no means rich, when it came to electronics, he would have nothing but the best. A pic of me back in the day with the Ergostick in the background, and me using a couple months ago for Winter Games, a game where no other joystick could do you better. I got it out of storage because it was the one I used as a kid, but I kept using it because it's simply a pleasure to use.

by Paradroyd
My absolute favorite joystick model. I have 3 of them. One that I've had all along, two more that I acquired fairly recently.

It is absolutely essential, IMO, for highscoring in Llamatron 2112 on an Amiga.

by Paradroyd
One more thing that I learned fairly recently about Ergosticks. They definitely are easier to use after they've been "broken in". They are almost TOO tight when they are brand-new.

As I said, I recently acquired two more, which were also NOS, in the boxes. The well-worn one that I have from the early days feels significantly different. It's just a bit looser (but is still pretty tight compared to other stick types).

During the Amiga gaming weekend a few months ago, I started out playing on one of the new ones and noticed that my scores on various games weren't quite as good as usual, and the stick just felt too tight..especially the fire button. I switched to my original Ergostick from BITD, and it felt a lot better, and my scores went up significantly.

The moral of this story is, if you get a new, in-box Ergostick, don't be dismayed if it doesn't feel as great as you might expect. Stick with it, be a little rough on it even, and it will get better. It just might take a few years. Once broken in a bit, it definitely lives up to the hype.

by McTrinsic
Been looking around for them since you have mentioned them. As I am not from the UK or Australia they might have not been sold back then here or under a different name. Interesting concept, I'll keep an eye out for such a stick on the usual suspects platforms. 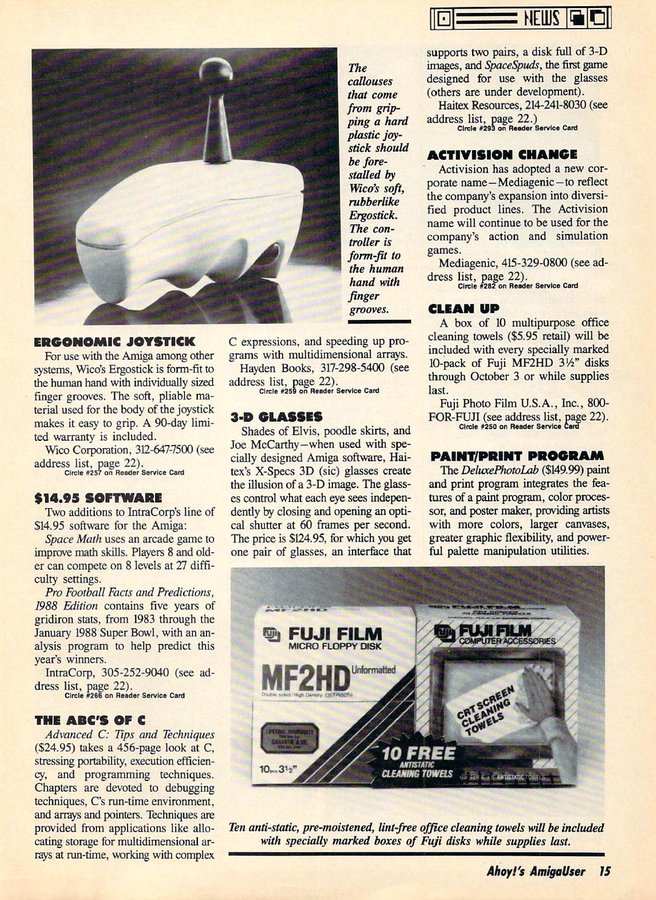 by oldbull
I've still got one semi-functional Wico BOSS. It works, but is not comfortable. I bought a Monster Joystick because the idea of actual arcade parts appealed to me. I do not regret my decision.

by Shot97
I know what I'm going to be for Halloween... The Ergostick Man! lol. From 1988's CES, along with some other notables. This is what I love about my research, this is stuff you'd never find out through searching keywords, you simply have to read. Rare? Perhaps it's hard to find them today, but Wico sure must have thought something of this sucker. You don't dress someone up in a joystick you don't have high hopes for. lol. 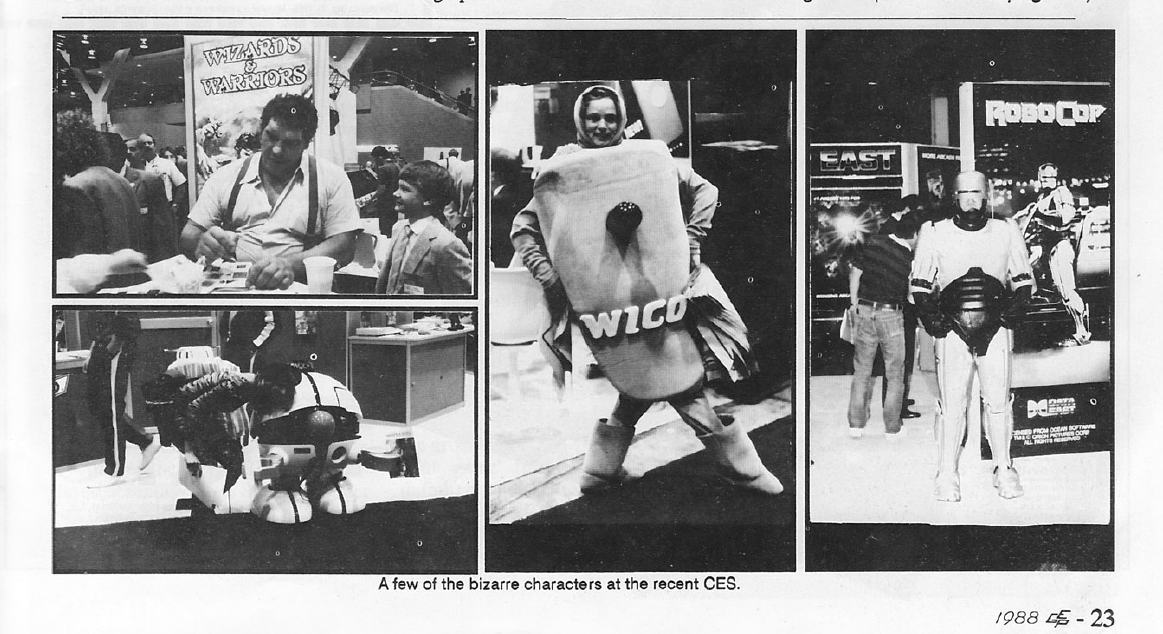