Sir_Lucas wrote:Regarding Amiga 1200 and a PCMCIA card - WIFI WPA2/AES or Ethernet it's not that hard to set it up. If you need any help, then let me know. I'll gladly help.

I might just hit you up on that some time soon. I tried out the Easynet PCMCIA card last year, and after downgrading my router to WPA and even trying an assigned IP I still couldn't get it to work. It's rather stunning (to me) how much easier it was for the Schema modem to hop onto my network than the my dedicated card.

And then, after that, figuring out which TCP/IP software to use it started to make my brain hurt. If Jim is able to bring a dummy-proof (I'm looking at myself in the mirror) and a virtual plug-and-play experience, I'm all for it.

I'm not looking to surf the web with the Amiga (although using Dropbox would be cool). But getting it onto some BBSes I've joined would be a lot of fun.

Does your Easynet card have a white edge connector? If so, it's a Orinoco Gold card. It supports only WPA/TKIP. It won't work with WPA2/AES

These cards work with WPA2/AES - anyway, let's move to a different thread. I feel like I've just hijacked this one 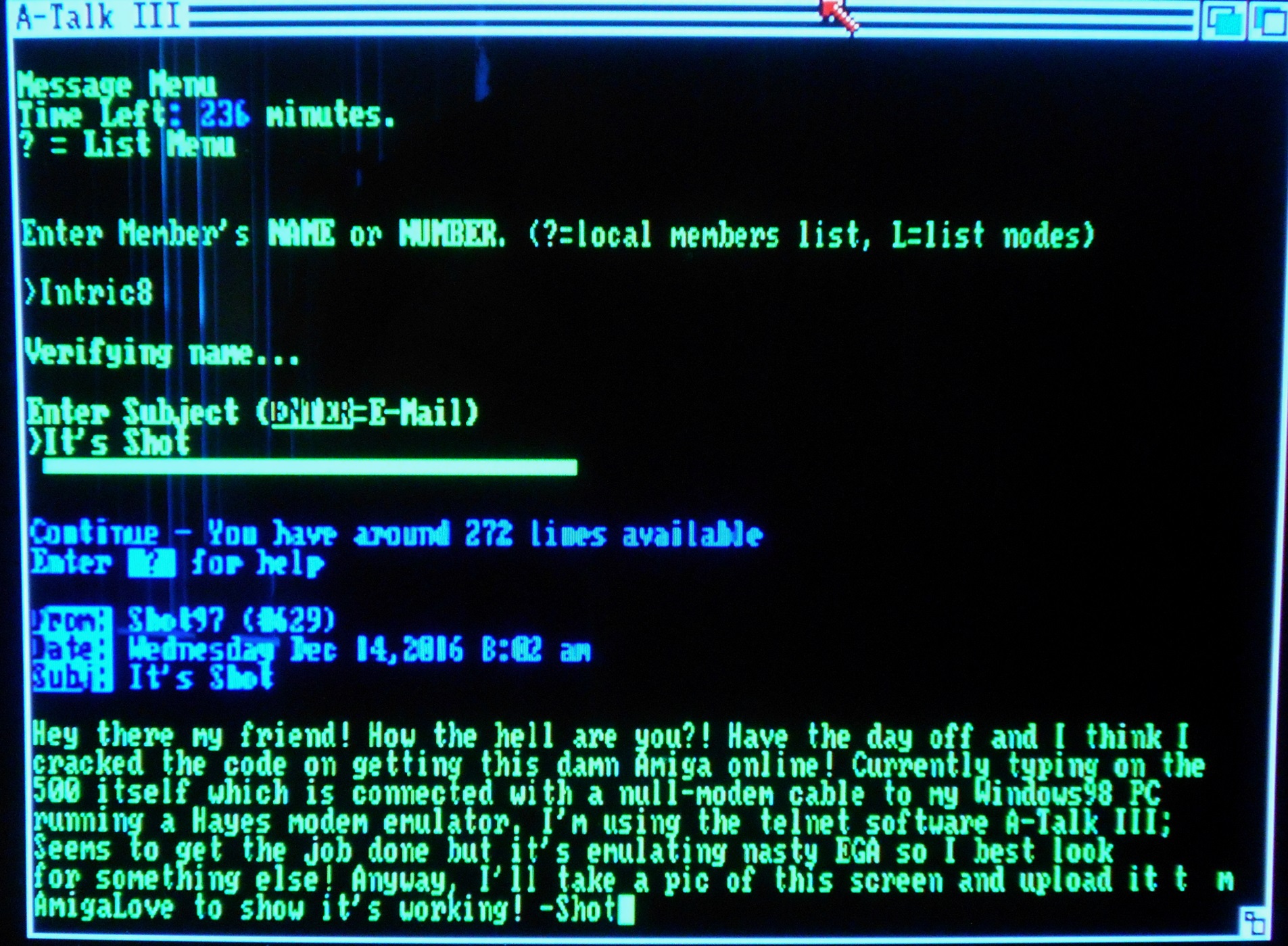 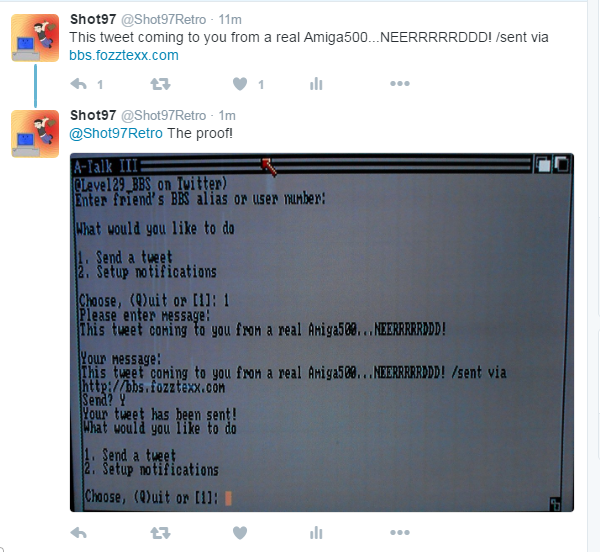 A few corrections and additional info about the WiModem:

* It can be used to run a BBS. It supports incoming connections.

* The WiModem emulates a modem. It can be used without needing anything else (like alternate firmware) on any CBM machine that has a traditional USER port. So, you just need a terminal program or BBS program and that's it.

* No extra hardware is required to update the WiModem firmware. A simple AT command (ATUPDATE) is all that is required. The firmware is fetched from my server and the unit flashes itself. You can downgrade firmware just as easily too. You never have to remove the WiModem from the computer.

* It has spoof dialing support. This means you can assign a URL to a phone number and whenever that phone number is detected, the URL is substituted in its place. This is how Q-Link is supported.

*A router connection can be easily made either using the WPS button on your router, or by entering the router name and password. The encryption type is automatically detected.

There is 3MB of storage space on the WiModem, and I plan to put that to use by releasing a disk copier/imager that will let you make .d64 and ..g64 disk images from disks and upload them to a server. Likewise, you will be able to download .d64 and .g64 images directly to the WiModem and create disks. I will do the same thing for the Amiga version with .adf and .mfm images.

If you have a feature request, let me know. I have only used about 30% of the available code space!

@JimDrew this all sounds fantastic.

If you have a feature request, let me know.

One minor quibble I've read on some BBSes is the belief that the WiModem only works on port 23. Some think that is an invite to hackers and messing with people who want to run a board.

That being said, the counter-argument is folks could set up their routers to forward to a different port. But.. I think the "request" would be to allow the port to be as high as possible, or even configurable. The BBSs I've been hitting lately are at 6400, as an example.

In any case, that's really the only thing I've seen about your modem people mention that you might find interesting. Other than that, it's A+ 5-stars.

I've been using the Schema on my 64 and overall I've really enjoyed it. But it's got some flakiness to it that can be frustrating, too. At one point the baud rate was goofy and causing conflicts. I got that fixed after a few nights of fiddling. But then after working flawlessly for weeks now it won't get an IP address. It hits my network just fine and dandy but always pulls 0.0.0.0, so it looks like i have a firmware-flash in my near future, and maybe a factory reset. That kind of stuff (for me) I find annoying. I'd hope for $50 or even $150 we'd be closer to "stable" solutions.

I may be knocking on your door here soon, too.

I have a pretty short tolerance for fickle hardware these days.

I can make the incoming port number anything you like. I wasn't aware that this was a big deal!

edit. ok, I looked into this. This seems to be a sore subject with many people using the Arduino based ESP8266 libraries... you can't change the listening port number because it has to be defined before the actual Setup() or Loop() functions.

I can change the port number to anything, but it is hard coded. I just changed it to 6400 and changed my ddns.net to port forward 6400 and I can connect just fine. So... what port number do people want? Port 23 seems to be popular, which is why I defaulted to it. I can default to 6400 if that makes sense.

If the ESP8266 libraries are changed I can then make the incoming port number programmable.

edit. No.2 I made a new firmware (v1.7) update that hard codes the server incoming port to 6400. Use the ATUPDATE command to update your WiModem's firmware.

This is awesome, Jim. Thanks for jumping on that. I'll post to the BBSs and see if there's any differing opinions. But, at first blush, it seems to me your change should make a few folks quite happy, and may encourage a couple of existing customers to try to launch a BBS here or there.

If the authors of the ESP8266 library ever get around to adding the ability to change the listening port number on the fly, I will change my code to make the port programmable. I have already changed the code in preparation of that happening (someday), so I just have to enable it.

If you have any feature requests, just let me know.

Welp, Jim, I'll give your modem a try. When the Schema modem works, it's fantastic. Problem is (I think) with the firmware, which makes pulling IPs completely flaky.
Post Reply
40 posts