I've been holding onto this gem for a few months, but now seems like the right time to show it.

When are we going to stop talking about Ultima VI, anyway? Gosh! But isn't it kinda wild when seen on my table how the top cover almost looks transparent?

This is a crazy find: NTSC Ultima VI for the Commodore 64!

What makes this so special and unique is this game was the first in the Ultima series to be designed on the MS-DOS PC platform, where previously it had always been made first on Apple II machines. To think that in the summer of 1990 a game made in the USA for MS-DOS would still get ported to the admittedly massive, but long in the tooth C64 user base and put out to market as late as 1991 is simply stunning. It was released about a year after the original, and is the only 8-bit version of the game ever created.

Unlike the Amiga, the C64 version of Ultima VI got a real cloth map. That still torques my jaw. And this C64 version is as complete as they come, including the insanely rare moonstone.

For context: in terms of the Amiga version some reviewers and publications recommended the game be played on 2nd-gen hardware as it was an obvious resource hog. To get that game squeezed onto three 5.25" C64 floppy disks as well as onto a machine with only 16 colors, 64K of RAM and a 1Mhz CPU is frankly breathtaking.

Granted, corners had to be cut for it to even work on the C64. So many corners this game is almost in the shape of a circle. But still! Some reviewers of the C64 version really liked it.

From what I can tell this game is insanely hard to find in boxed form these days. Not only that, it is 100% complete including the Moonstone (which out of my 2 Amiga boxed copies neither had).

I've yet to actually test the disks. I'm a little nervous about it, but I'm dying to see that awesome Ultima VI intro on the C64 on my hardware.

P.S.
I got this from our very own Mr. Toast when he acquired a big box of goodies from a friend of his.

P.P.S.
@Shot, I think this is where I got my wires crossed. This is the version of the game that was so unusual to come from a big dev house in the US. for a platform as old as the C64. There weren't many large production US-made games for the C64 by this time: Ultima VI, Star Control, Gateway to the Savage Frontier, Tony LaRussa's Ultimate Baseball (SSI)... maybe a small handful of others.

Nervous about seeing if these still work, but at the end of the day might as well. Not trying is the same as them being dead, IMO. From what I've read this is a dual-drive game, or you might just lose your mind. And get some carpul tunnel syndrome on that wrist.

Awesome to see this gem featured!

Nice! Looking forward to seeing this. My bet is that the disks are fine. I don't think they are copy protected.

Nice, I scanned my C64 Update from the Cluebook that tells you basically, what does not exist anymore in the C64 version... 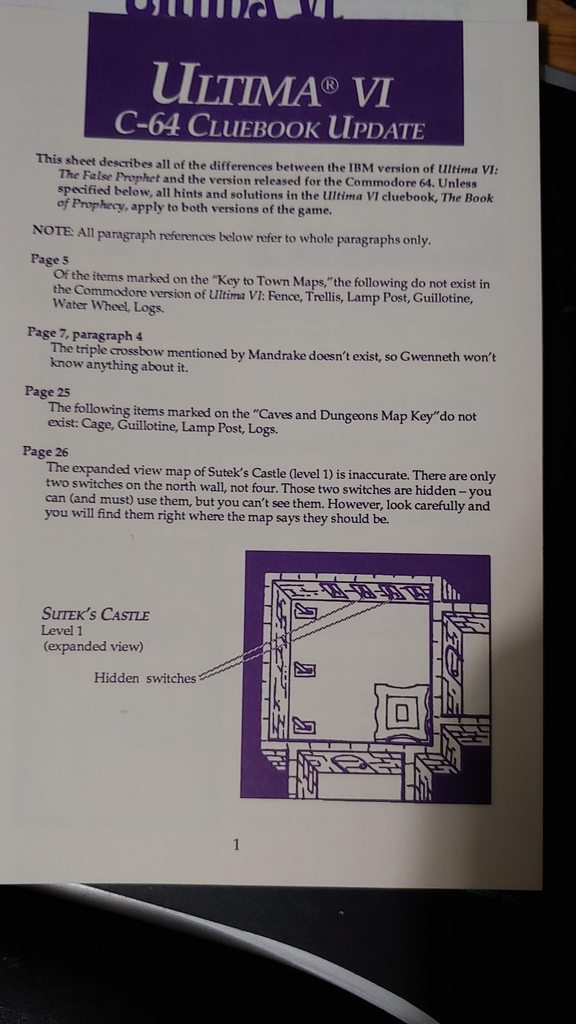 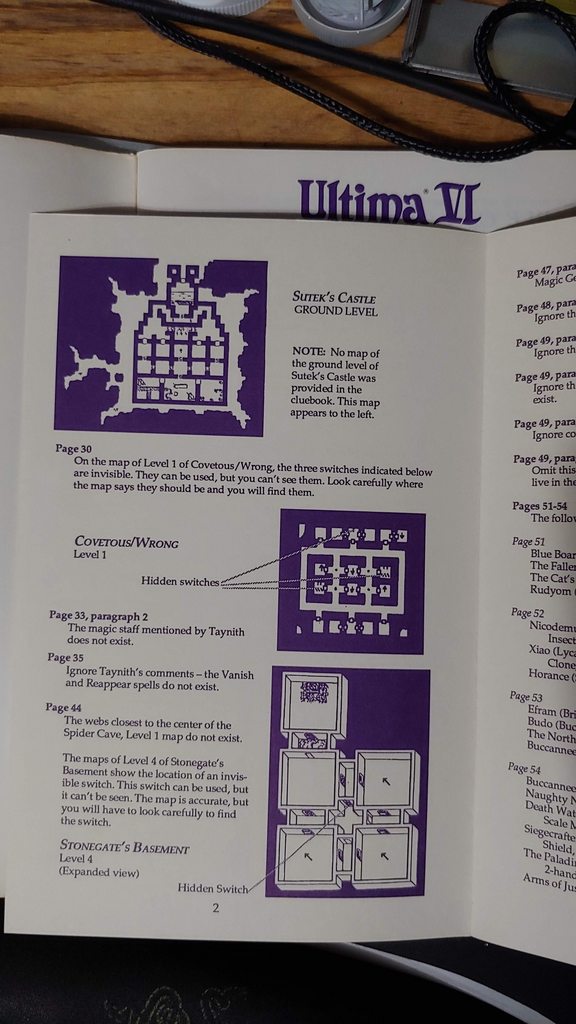 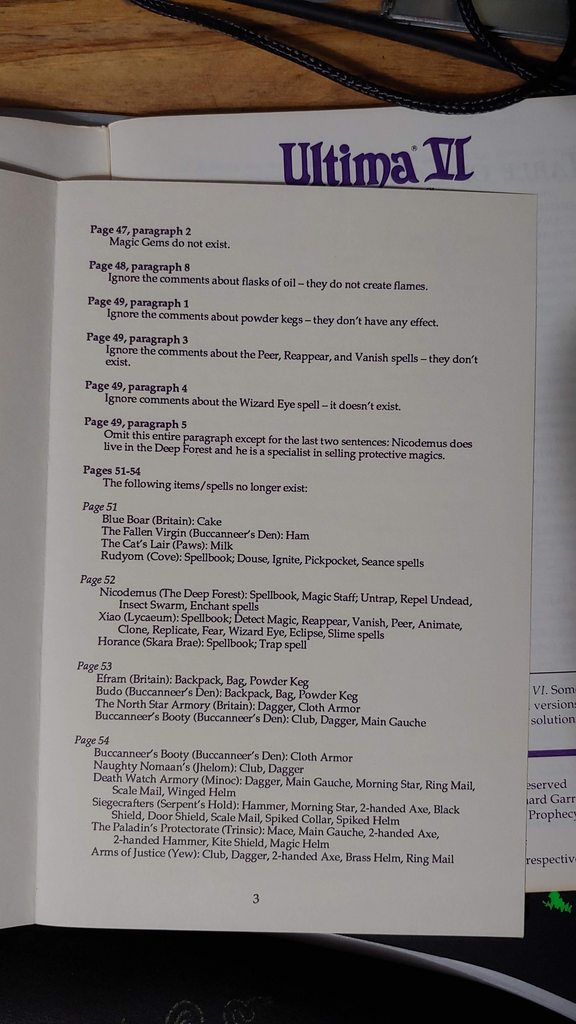 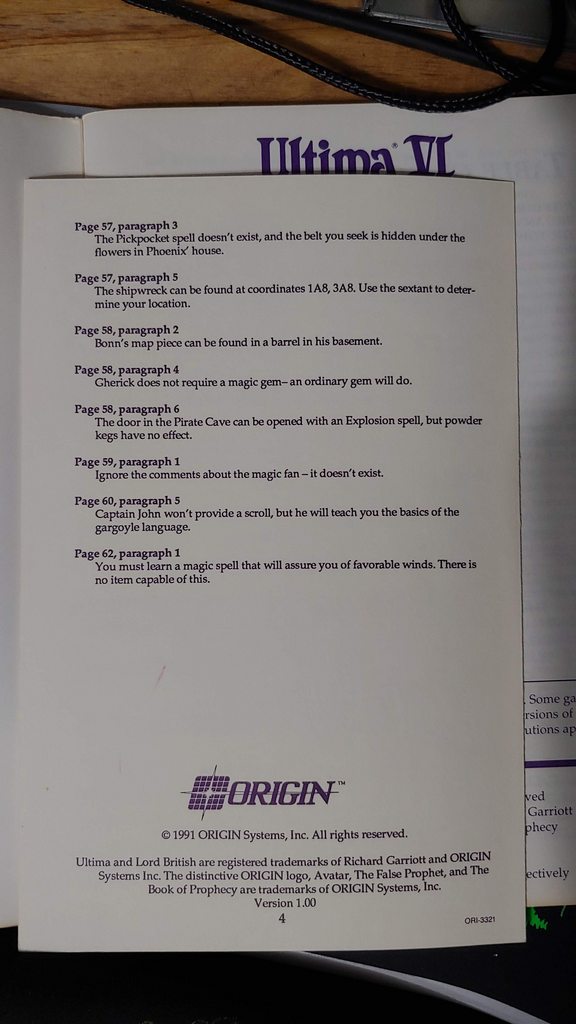 Ahhh... those were the days.

Thanks for sharing this, brings back wonderful memories.